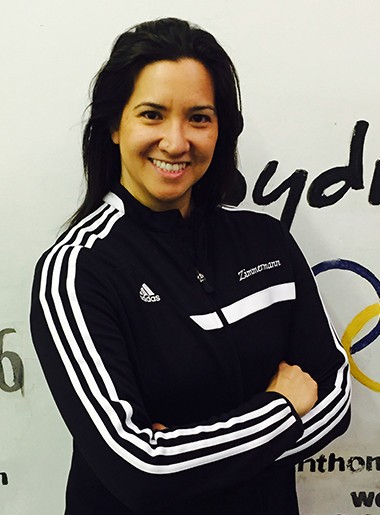 Felicia Zimmermann
Owner
Felicia is a two-time Olympian (1996 Atlanta and 2000 Sydney) and the first U.S. fencer to achieve the World Cup overall championship in the under-20 category. She was the first and only woman to win NCAA championships in both foil and epee. A graduate of School of the Arts and Stanford University, Felicia Zimmermann moved back to Rochester in August 2010 to be closer to home and the fencing club. In 2012, she was inducted into the US Fencing Hall of Fame. Felicia and Iris have owned the RFC together since 2009. Felicia currently resides in Cairo, Egypt with her husband. 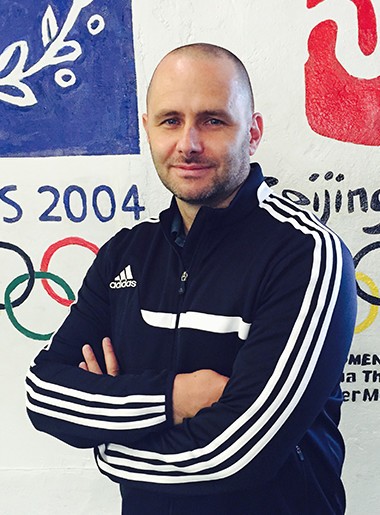 David Taylor
Head Coach
David Taylor joined us from Britain in 2010. There he earned a degree in Sports Science whilst studying under Polish fencing master Tomek Walicki. He went on to coach numerous national champions and his fencers have qualified for junior and senior world championship teams. 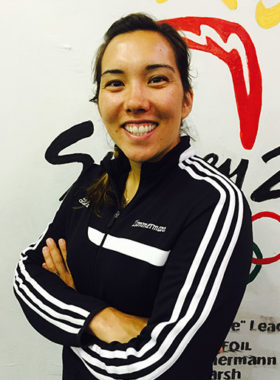 Iris is best known for setting records in the sport of fencing. At the age of 14, she earned the distinction of being the first US fencer, man or woman, to win a world championship in any weapon or age category. She went on to win the Cadet World Championship again in 1997, was the Junior World Champion, and a bronze medalist at the Senior Worlds in 1999. Together with her sister, Felicia, Iris was a member of the US foil team for the 2000 Summer Olympic Games in Sydney, Australia where they were two points shy of winning the bronze medal. After two more runs at the Olympics, and graduating from Stanford University, she teamed up with her sister again to become co-owner of the Rochester Fencing Club in 2009. In 2012, she graduated from the University of Rochester Simon School of Business. Iris was inducted into the US Fencing Hall of Fame in 2013. Today, Iris is married and the mother of two young children. She still enjoys coaching and is passionate about helping others to experience the benefits and thrill of the sport of fencing. 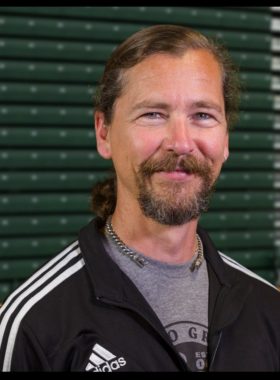 Andrew started fencing with Buckie Leach at the Rochester Fencing Centre when he was 13. He fenced throughout high school and in college at the University of Pennsylvania. He went to the NCAAs in 1987 and 1988, taking 10th place overall and 2nd place team. He also regularly participated in the Empire State Games, earning multiple bronze and silver medals. He left fencing to pursue a study of Iaido, the martial art of drawing the Japanese sword. He earned a third degree black belt and spent time teaching the sport. When his son decided he wanted to try fencing, Andrew brought him to the RFC and was hooked by the sport of fencing again. He has been coaching at the RFC since 2017. 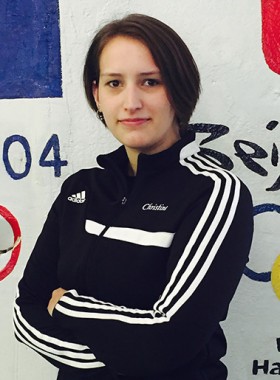 Christine is a native of Sacramento, California, where she fenced for 12 years before heading off to college at Temple University to fence with well-known head coach Nikki Frank. While at Temple, Christine qualified for the NCAA Championships in 2007 and 2008, was the National Intercollegiate Women’s Saber Champion in 2008, Saber MVP in 2008, and ended her collegiate career with 152 victories (2007-2010). Christine’s academic career was just as successful as her athletic career. She majored in kinesiology with a concentration in exercise and sports science with coursework in the areas of physiology of physical activity, exercise and nutrient metabolism, and principles of health and fitness just to name a few. She left her personal training career at Vertex Fitness Personal Training Studio in Bryn Mawr, PA to join the Rochester Fencing Club as one of our saber coaches. Christine has been coaching at the RFC since 2011. 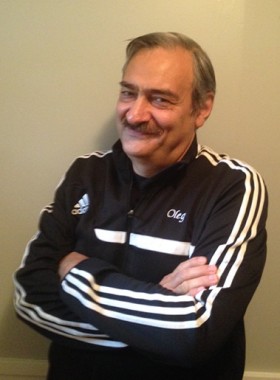 Oleg began fencing in the USSR at Makhachkala Youth Fencing School in 1967. From 1972-1974 he was the Champion of Dagestan Republic in épée fencing and from 1973-1976 coached épée at the same school where he got his start. Between 1974–1978 he studied physical education at Dagestan Pedagogical Institute, beginning his research on plyometric training, which culminated in a PhD in Physical Education and Sports from Moscow Teaching University in 1988. Between 1988 – 1994 he was an assistant professor of Theory and Methods of Physical Education. Oleg immigrated to the United States in 1995 and earned an associate degree in physical therapy in 1997. In 2003, he joined the University of Rochester Fencing Club where he was a three-weapon coach. He has been coaching épée at the RFC since 2013. 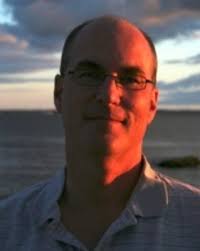 Dr. Pete Thompson has been working as a Mental Performance Consultant for over 20 years. He specializes in combining sport and positive psychology intervention strategies to enhance resiliency, full-engagement, well-being, and personal development. He currently is in private practice in the Greater Rochester area helping athletes, adolescents, and educators flourish in the classroom, athletic arena, and in their lives. We are excited to have Dr. Thompson work with our fencers to help them perform at their best!